Looking for local wood subfloor repair near North Hollywood? There are many ways to bring value to your property & protect your family & assets.

Upkeep & repairs of your Sub Floor & Under Home Insulation & Moisture Barrier are one of the most cost effective ways but are often overlooked until they become big expensive issues.

Our crew receives calls on sagging insulation for business or home projects. We have ready solutions for mobile home sub-flooring or joist repairs.

Edward's Enterprises team performs many wooden subfloor repairs in North Hollywood such as:

With over 20 years in the home improvement trade we have the perspective & know-how critical to carrying out projects of any size, including your next wood subfloor repair.

Wondering if we can assist you with your wood sub floor replacement? Call our team to explain your subfloor installation project!

Some of the common problems with sub flooring can include the floor sinking, creaking, popping & & uneven flooring as the overall result. A sinking floor means that the floor is not as strong as it used to be & may feel soft or spongy. When it creaks, it means something like the joists, nails & other internal parts are subliminally rubbing as they should not. In terms of popping, this can be due to loose planks, sub floor – nail rubbing, & the sound can drive you mad.

Water or moisture can also cause the floor to sag. Creaking or pooping is common in older homes. This means that the subflooring is not secured to the underlying joists. At this point you should either replace it with thicker panels or install wider joists. An uneven floor may be the effect of the foundation or support walls settling. Don't let this happen to you. In North Hollywood, we can be the expert provider to help you!

Another reason for uneven floors is water damage. All of these may lead to the subflooring needing repair or replacement. & that's no small matter : If your foundation has suffered from very poor drainage, or even if there are issues in your plumbing, it all needs to be looked at. Sometimes, even the foundation itself could be entirely damaged, needing an immediate replacement from the ground up, so to speak.

Rates listed above are the usual check or cash rates per hour for labor charged to our customers for repairing wood sub floors like you can find in mobile homes or in homes with a raised foundation (not including dump disposal fees or materials). 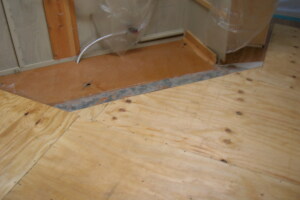 We charge for all time included in a customer's project, including purchasing or delivering materials, & offsite work like painting lumber prior to an installation, or for the time to haul away debris. This allows us to take on smaller projects for our customers, rather than only lump sum projects with much higher minimums to show up.

*$169 to $189 or more is the first hour of work charge depending on zip code of the job location. Some exclusions do apply, like same-day, after hours or weekend service or customers with pre-arranged billing agreements.

Communities outside of our area of operations will be charged additional travel costs. We would be happy to answer any of your pricing questions, please call for details!

Reasons to select Edward's Enterprises for your next carpentry repair project include:

Established Company: Edward's Enterprises has been a locally owned & operated small business since 1896.

Responsive: Available by phone & email, our team is responsive to our customers & will communicate with you before, during, & after your finish carpentry project.

Communication: We communicate appointment scheduling, invoicing, estimates, & more by phone & email to keep our rough carpentry customers “in the loop”.

Clear Information: We explain our hourly rates on our website & by phone before we schedule any work so that you know what we charge. 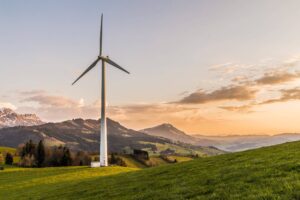 Your favorite handyman company is embracing the eco-conscious movement and switching to 100% renewable power in order to help save on resources and time. Effective immediately, Edward’s Enterprises is making the change to sustainable, green energy. This would also mean that all the battery-powered tools we use are also using renewable resources, like solar and [continue reading…] 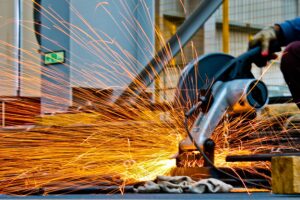 Mistakes That Everyone Makes With DIY

Back when I was a little kid, my father would always have some kind of project going on. Usually, he was pretty good at whatever he was doing. He’d fix the car, build a shed, fell some of the hickory trees in the back yard. Most everything came out pretty professional at the end, but [continue reading…]
How do I speak to someone about my request?

You can contact Edward's Enterprises about our finish & rough carpentry services by filling out our handy form below:

If you experience any issues with our form, email us at:

If forms & emails are a real drag for you, then give our office a CALL:

A real live person will (unless the Zombie apocalypse has finally happened or every line is busy) answer!

Our office is open from 8am to 5pm Pacific Standard Time Monday to Friday.
We are available after hours & on weekends by phone for emergencies.

Your guys showed up during the agreed upon time slot & finished in a reasonable amount of time. They did a responsible job & left…the property clean. I would definitely call you again.

Edward & his team came in & removed my old kitchen appliances in a jiffy. When they noticed leftover garbage from my construction project, they were able to truck that away too. It was one less issue for me to worry about.

- Alex | Hauling Customer
When are you open?

Office: Monday through Friday 8:00am to 5:00pm by phone in our office to schedule carpentry projects & ask questions about service.

Field: As far as scheduling work, for our typical rates listed above (I know we didn't skip that section) we normally schedule work Monday through Friday from 7am to 4pm (holidays, meetings, kids with flus may affect availability). 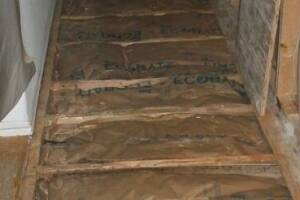 We are available for emergency carpentry work based on a first come first serve basis & whether or not we have a crew available. Expect to pay more for these types of calls (we have employees & overtime is what it is).

If you need us to come outside of those times, expect to pay a bit more, or experience different restrictions like job minimums, etc.

To see if we can handle a carpentry improvement project at your office, store or home, you can check a few places:

If you don't reside in North Hollywood but you're close by give us a call. We may be able to service your carpentry repair request or schedule an onsite consultation for an additional minimum hour charge and/or travel charge.

Can you repair subfloor from underneath?

How to know when to replace your subfloor
Factors such as an exposure to moisture or a leaking pipe can be enough alarms for you to replace your subfloor. As the floor gets slippery, you better check what’s up with your subfloor.
What’s a subfloor?
A subfloor is a material that sits underneath your original floor, which can be tiles, hardwood, or a carpet.
Purpose of a subfloor
The main purpose of the subfloor is to ensure that it keeps moisture away, and this is the main reason many houses require it. However, if you have a way to ensure that there are zero leaks and proper moisture maintenance, there’s no need to get one.
Indicators of damaged subfloors
Several red flags will point out a damaged subfloor which includes
1. Having uneven floor or ones that are sunken.
2. Hearing loud squeaks on the floorboards.
3. You’re having the smell of mold or mildew in the room.
4. Bouncing or shifting floors when walking around.
5. Have a loose and rocking toilet.
6. Visibly cracked floor tiles.
7. Get capping hardwood floor.
8. See blubbing up linoleum floor.
9. Experience a leaking ceiling.
The lifespan of a subfloor
Subfloors will last depending on how well you maintain them. If it’s in good shape, it can serve you for up to 20 – 30 years.
Cost of replacing a subfloor
It’ll depend on the contractor, the kind of labor, and materials to be used, but on average, it’s $450 – $2000.


When should I replace my subfloor from water damage?

The signs that indicate you need to replace your subfloor
Several things should tell you that it’s about time that you replace your subfloor. Such indicators will help you assess the damage and determine what kind of repair should be done. These signs include
1. Loud squeaks
When your steps begin to produce louder squeaks than normal, you should find out if your subfloor has an issue.
2. Sinking parts
Sinking parts is an indication that you have a loose subfloor part somewhere that needs fixing.
3. Cupping floorboard
Cupping of the floorboard indicates that moister loosened the grip of the floor, and upon drying, it adapted to the taco-like shape.
4. Cracked tiles
Popping or cracked tiles are a clear indication that your subfloor underneath is damaged and needs some fixing.
5. Water damage
Whether it’s a leaking sink or ceiling, you better check on your subfloor since that water must have been drained in there.
Tips on repairing the subfloor
When figuring out how you’ll deal with the repair of your subfloor, you have to follow a couple of steps to ensure that you don’t leave anything. The procedure involves
1. Assess the damage on the subfloor to know what’s wrong.
2. Determine the kind of damage you’re dealing with so that you can move forward to the repair.
3. Block any leaks before fixing anything to avoid contact with water.
4. Fix any water damages before proceeding to avoid any similar cases.
5. Replace the damaged subfloor.