On the hunt for a bathtub installation company near Granada Hills? Maybe your bath valve just needs an adjustment or you need a new tile surround to reach your bathroom's full potential!

Is your bath the destination for relaxation it should be? Do you just need a simple drain cleaning or stopper replacement to use your tub on daily basis?

Wondering how Edward's Enterprises can improve or repair your office or home? Let's start answering your questions below!
Tweet
Share
Pin
Share
What bathtub repair services are offered in Granada Hills?

Our many years in the home & commercial repair & improvement trade give us the perspective & know-how critical to carrying out projects of any size; from a simple roman valve repair to replacing the p trap & replacing the whole bathtub & surround.

Need to find out if we can help with your tub door replacement? Call our office to discuss your new bathtub installation plans!

For a leak-free bathtub drain assembly, here's a few tips to keep in mind. The first is to get a proper “overflow drain kit”, which will make the process simpler, & the final bathtub more visually astonishing, as well. First put the drain assembly itself together, even before you secure both the studs & tub. Use 100% clear silicone, applying it to every part of the overflow kit made to touch the tub. Add on the silicone to the overflow, & then after that, bond it right onto the rubber gasket.

Add an additional bead of silicone, afterward, to the same tub (in which the overflow will be going). & also, put that silicone bead directly on a certain, specific part of your gasket – the part that will be attaching itself to your tub later. Secure your provided bracket to the overflow properly, by means of a screwdriver or an impact driver. Do NOT overtighten. Doing so can crack any portion of the tub, which could potentially awaken a whole other host of issues you do not want to have to deal with. Place your slip nut on carefully, & then secure any PVC pipe fittings in place.

If a customer wanted to replace their whole tub or surround, this would be too cumbersome for 1 employee to handle, so we would send 2 of our employees to your home at higher rates than stated above. 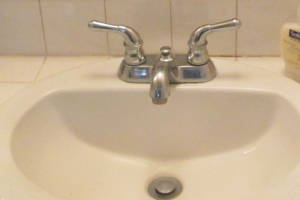 We charge for the time needed for a client's project, including providing or delivering materials or for the time to haul away left over trash. This allows us to handle small jobs for our plumbing customers, rather than only lump sum projects with much higher minimums to show up.

*$99 to $119 or more is the first hour of work charge depending on zip code of the job location. Locations outside of our area of service will be charged additional travel costs.

Some exclusions do apply, like after hours, same-day or weekend service or customers with pre-arranged billing agreements. We would be happy to answer any of your pricing inquiries, please call for details!

Reasons to choose Edward's Enterprises for your next plumbing service call include:

Communication: We communicate appointment scheduling, invoicing, estimates, & more by phone & email to keep our plumbing customers “in the loop”.

Skilled Team: Our hourly service calls are handled by experienced, long term employees in the field & in the office.

Clear Information: We explain our hourly plumber rates on our website & by phone before we schedule any work so that you know what we charge.

How to Fix a Toilet That Keeps Running

Whenever you have a running toilet this will probably cost you high water bill and a gallon waste of water it is usually caused by the flapper or the fill valve. Fixing your running toilet is a problem that you want to solve quickly for leaving it like that can cause you a dime. Fixing [continue reading…] 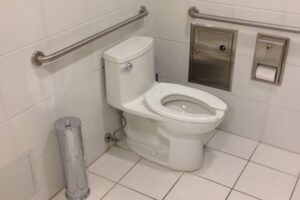 What is the Difference Between a Gravity Flush Toilet and a Pressure Assisted Toilet?

If you have any issues with this contact form, email us at:

If forms & emails are a real pain for you, then give our office a CALL:

A representative will (unless the Zombie apocalypse has finally happened or every line is busy) answer!

Our office is open Monday through Friday from 8:00am to 5:00pm Pacific Standard Time.
We have availability after hours & on weekends for emergencies by phone.

The pick up & haul away was done to my satisfaction.

They did a great job in a timely manner. So professional.

- Gary | Gutter cleaning
When are you open?

Office: 8:00am to 5:00pm Monday through Friday by phone in our office to schedule plumbing projects & ask questions about bathroom repair service. 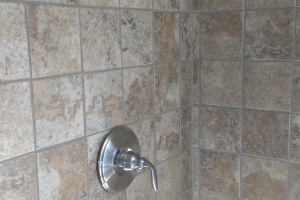 We are available for emergency work based on a first come first serve basis & whether or not we have a crew available. Expect to pay more for these types of calls (we have employees & overtime is what it is).

To check if we can handle a plumbing repair at your store, office or home, you can check a few places:

If you don't reside in Granada Hills but you're close by give us a call. We may be able to service your plumber request for an additional travel charge and/or minimum hour charge.

What can you do with an old bathtub?

Ways of recycling an old bathtub
After replacing your damaged bathtub, what can you do with the old bathtub?
– Use it as a planter in your garden and fill it with flowers.
– Model it into an outdoor sofa for enjoying the outside atmosphere on your day off
– Change it into a chaise lounge.
– Transform it into a coach for guests
– Turn it into a chair for easy deco.
– Make adjustments to create a coffee table.
– Make a pond out of it.
– Upcycle it into an ice chest
– Create a bench for relaxing out of it
– Make it your drink holder.


Can you replace a tub without damaging tile?

Can bathtub removal destroy your tiles?
Definitely yes! Well, bathtub installation has a couple of rules, which contribute to the eventual involvement of the tiles. The tiles should be installed at the base before the bathtub gets fixed to a particular position. As for the sides of the bath, specifically, the place where it boarders the walls, the rim is usually attached to the tiles to prevent water from flowing directly to the walls. Although some homeowners leave some allowance on the walls before installing the bathtub, cases like this can result in damage to tiles during removal.