On the hunt for a landscape lighting repair company near Porter Ranch? Lighting pathways, uplighting decorative trees, & accenting a poolside terrace can all be accomplished with low voltage landscape lighting.

Our skilled employees can handle your electrical cable installations & replacement projects at your home or business. We experienced in a range of installations of solar landscape lighting systems, as well as investigating outages.

Whether you have a large or small property, lighting can be the perfect enhancement to welcome you & your family home. We work with brands like Malibu, Hampton Bay, Smart Solar, Duracell, & Lithonia Lighting. Little do homeowners know, light can transform your home. We provide simple to complex designs that will create a lush effect without having to do a total remodel! Is your landscape lighting system properly wired & timed?

We want to talk with you about your poolside lighting repair ideas. Try us by phone to go over the details of your low voltage LED conversion or accent lighting removal plans!

All you typically need, to change the bulb on your Landscape's lights, are a pair of rubber gloves & a good Phillips screwdriver. Turn off the lighting system's transformer, first of all. Then with the screwdriver, unscrew the proper housing to then lift, & remove, the glass lens, setting it aside. Usually, the housing screws can be found close to the light itself, most likely on its face. In certain instances, especially with the more modern light fixtures, you won't need a screwdriver as the housing will unscrew itself – but keep one handy just in case.

If you don't have a pair of plastic or rubber gloves handy, what you can do is get a plastic bag & cover it right around your hand as the majority of all Landscape lights will, in fact, use halogen bulbs, which require extremely precise, sensitive handling, for a number of safety reasons. Take out the old bulb from its place, & as you move the new bulb in, make sure to handle it with the utmost of care – by touching its reflector or its rim, & not the bulb itself.

It's always a good 'next step' to check that old bulb, to see if its prongs show any heavy corrosion, which may be the source of the problem in the first place. If the watertight seal holds any leak in it, the whole fixture will most likely need to be replaced as well. The light fixture should usually have two holes, where you should then place the two prongs into (which are on the very bottom of the bulb itself). As you do so, hold the brand-new bulb's reflector, retaining the utmost care. Then, put (or screw) that housing back on, & check for any corrosion through the wire connectors.

These are the typical cash or check hourly rates for labor we charge our customers for apartment repair work orders (not including materials or dump disposal fees).

Some projects require more than 1 employee, in which case the rate per hour would be higher to allow for the extra employees. 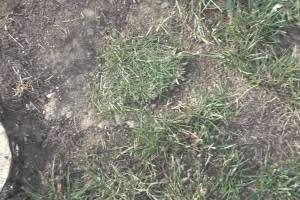 We charge for all time allotted to a customer's project, including purchasing & delivering materials, or offsite work like painting lumber prior to an installation, or for the time to dispose of debris. This allows us to take on smaller projects for our client landlords, rather than only lump sum projects with much higher minimums to show up.

Thanks to our processing partner PayPal, we do accept most major credit & debit cards now! Rates are slightly higher, please call our office for all of the details

*First hour of work charge is from $99 to $119 or more depending on the work site zip code. Some exclusions do apply, like commercial companies, or for same-day, after hours or weekend service.

Cities outside of our coverage map will be charged additional travel costs. We would be happy to answer any of your pricing questions, please call for details!

Reasons to select Edward's Enterprises for your next outdoor landscape project include:

Clear Information: We explain our hourly rates on our website & by phone before we schedule any landscaping work so that you know what we charge.

Communication: We communicate appointment scheduling, invoicing, estimates, & more by phone & email to keep our outdoor improvement customers “in the loop”.

Insured: Insured to protect our residential & commercial landscape customers as well as our employees. 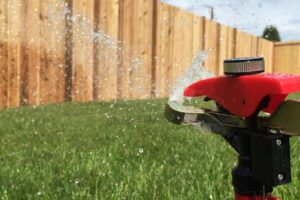 Many homeowners dream of having a green plush lawn, which is the envy of the entire neighborhood. However, this takes effort and planning. Having the right lawn sprinkler head helps to keep the grass healthy and flourishing. Before choosing a sprinkler head, consider the capacity it can handle. You ought to assess the type of [continue reading…] 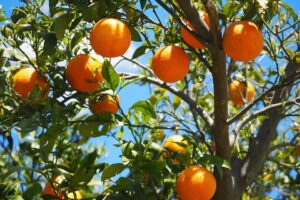 How to Grow a Citrus Tree like a Genius

Are you excited about planting your citrus tree? We are certainly eager to help you! In this guide, you will find everything you need to grow a healthy citrus tree. Or, in other words, lemon trees, orange trees, mandarin trees, and so on. So let’s get down to the basics! How to Plant a Citrus [continue reading…]
How do I schedule work?

You can contact Edward's Enterprises about our landscape & outdoor services by filling out the contact form below:

If you have any issues with the above contact form, email us at:

If forms & emails are a pain for you, then give our office a CALL:

A live representative will (unless the Zombie apocalypse has finally happened or every line is busy) answer!

Our office is open Monday through Friday from 8:00 am to 5:00 pm PST.
We have availability after hours & on weekends for emergencies by phone.

Job was both small & simple. Explaining hourly rates over the phone saved me time & effort to locate & award the job. Team showed up, knew what they were doing & needed minimal guidance.

The help I received from the employee was much needed & made the challenge of assembling my furniture seemingly disappear. 10/10 would use again.

- Blake | Santa Barbara
What are your hours?

Office: 8:00am to 5:00pm Monday through Friday by phone in our office to schedule landscaping projects & ask questions about outdoor repair services. 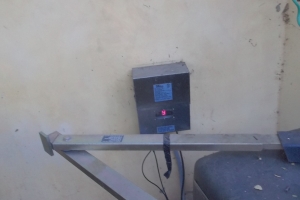 We are available for emergency yard clean up work based on a first come first serve basis & whether or not we have a crew available. Expect to pay more for these types of calls (we have employees & overtime is what it is).

To check if we can handle a gardening or sprinkler request at your store, office or home, you can check a few places:

If you live outside of Porter Ranch but you're close by give us a call. We may be able to service your landscape lighting repair request for an additional travel charge and/or minimum hour charge.

How do you connect landscape lights?

How to install low-voltage landscape lighting
Landscape lighting is the sizeable outdoor light that illuminates your pathways. For low-voltage landscape light fixtures, your considerations should include checking the transformer, low-voltage electrical cable, pathways lighting, and accent fixtures. Tips for managing the installation include
– Laying the cable – alight your fixtures about 8 – 10 feet apart, then dig trenches of about 3 inches deep to mark the area to install the light fixtures.
– Installing the transformer – peel the cable and connect the two wires in terminal A and B on the transformer and tighten the screws.
– Connect the lights and test them


Why are some of my landscape lights not working?

Repairs on landscape lighting
It’s not easy to repair the landscape lights either to the homeowner or a technician. The major red flag to noticing that you have an issue with your landscape lighting is when they don’t turn on, and you have power in your transformer. The common problems would be your toggle switch flipping in an off position, or you have a blown fuse stat, both of which can be caused by a shot in a particular part in your electrical supply system. Know what the common causes of shorts are and how to keep away from them.